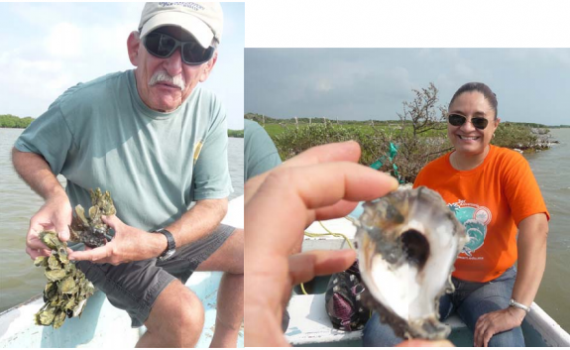 AwF has signed a Cooperation Agreement with the Universidad Tecnológica Del Mar de  Tamaulipas Bicentenario (UTMarT). The aim of this agreement is to jointly develop food security and personal training in the International Center for Innovation and Technology Transfer for Aquaculture, which will be AwF’s first Aquaculture Learning Centre (ALC).

We visited the ALC near Tampico. The site consists of several large concrete ponds, a meandering system of raceways and a series of smaller concrete ponds. We also saw the construction of a hatchery that is planned for catfish and other freshwater fish. Classrooms, labs and dorms are being constructed and renovated.

During our drive, we learned the following about oyster producers and markets:

One low cost alternative to explore is developing a hatchery with spat-on-shell capabilities. From this extra stock, fishermen could begin to explore culling the prettiest oysters and try to develop a market for oysters on the half shell. 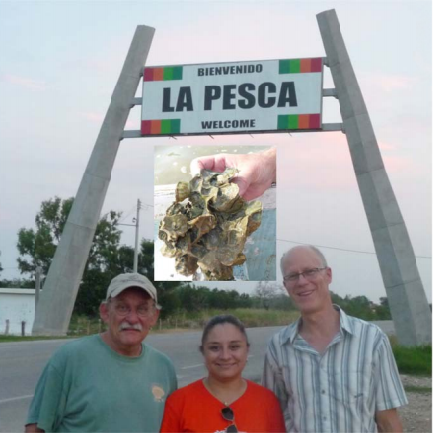 Margorito, fisherman and president of the local fishing cooperative took us by boat to Laguna  Morales. He pulled up several clusters of oyster shells. Most of which were dead. We saw crab  traps that fishermen bait and set with colour-coded floats that they tend almost daily. This is a  good sign for the prospect of setting out oyster culture cages. Later that morning, we lectured over 45 university students in General Aquaculture with an  emphasis on shellfish aquaculture.

We returned to the university to examine the oysters and the water sample that we collected  from the Languna on the previous day. Then, we taught a class at the university on microalgae  culture techniques to a couple of students and professors.Afterwards, we visited Villahermosa, a formerly state-run aquaculture facility recently turned  over to the university. Here, there is a pumping station from the river that supplies extensive  outdoor ponds A newer building is being designed and constructed for a shellfish hatchery with  an estimated production capacity of about 10-15 million eyed-oyster larvae in a 4 week period. 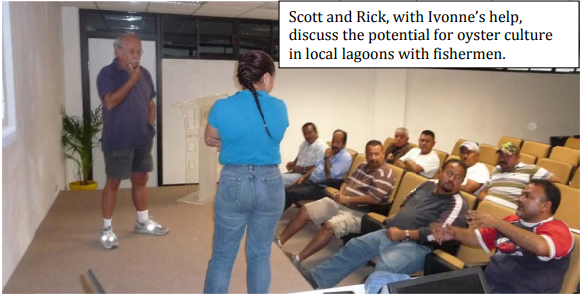 We convened a meeting with 9 fishermen and they were all eager to expand their oyster harvests by means of better management, more open areas and possibly culturing them. We described various methods of collecting natural spat and ways of enhancing natural production. They expressed interest in aquaculture and appeared ready to try to plant seed oysters in bags as we had described.

The educational, research and productive potential of fresh and saltwater aquaculture facilities at Tancol and Villahermosa are tremendous. The UTMarT staff who accompanied us and others we met are inspirational teachers and evidently have the expertise to launch the Villahermosa facility. The fishermen/producers we met are motivated to improve their fishing opportunities and trying basic oyster culture methods.