Arlene Nietes-Satapornvanit is the Gender Programme Manager at the Network of Aquaculture Centres in Asia-Pacific (NACA), Bangkok, Thailand. She obtained her Ph.D. in Aquaculture from the University of Stirling, UK, her M.Sc. in Aquaculture from the Asian Institute of Technology, Thailand, and her B.Sc. in Fisheries (Business Management) from the University of the Philippines-Diliman. She has an extensive working experience in aquaculture and related fields in Asia, as an academic, extension officer, researcher, project manager, technical trainer and writer/editor. Currently she is part of the Editorial team of the Kasetsart University Fisheries Research Bulletin, and a member of the World Aquaculture Society (WAS) and its Asia-Pacific Chapter (APC), Asian Fisheries Society (AFS) and the International Federation of University Women (IFUW). She is a founding member and coordinator of the Regional Gender Practitioners’ Network, a network established under the USAID-Maximizing Agricultural Revenues through Knowledge, Enterprise Development, and Trade (MARKET) Project. She is coordinating the implementation of MARKET’s Thematic Studies and Outreach on Gender in Aquaculture in Cambodia, Lao PDR, Thailand and Vietnam.

Dr. Bibha Kumari M.Sc. in Zoology with specialized in Ichthyology in 1998 and gained her PhD in Science in 2010. During PhD she worked on Arsenic effects on carbohydrate metabolism in fish. Currently she is a guest faculty member in A. N. College, Patna, India since November 2006 for Environmental Science and for Food Processing (Subject- Nutrition n Health) in Community college. She served as member of syllabus and curriculum development work (2004-2008) for school education program. She was a master trainer for Adolescent education for school system (2006-2008) and for youth leadership programme for Life skill for the college girls (2014 to cont.). She has keen interest in research in aquatic physiology/toxicology (especially on fish) and Gender in Aquaculture and fishery (specially working for fishery community of Bihar, India). She had published many papers in peer reviewed journals with high impact factors. She presented her papers in International and National seminars/ conferences.  She got many travel awards to attend seminars and also got award for highly commended paper in “5th Gender in Aquaculture and Fishery (GAF5) at Lucknow, India in 2014.  She served as editorial board members in Journal of Biosciences and Medicine (September 2011- December 2012) and serving as Editorial board member in “International Journal of Medicine and Biomedical research” (since April 2012- contd.) and Review editor in “Frontiers in Aquatic physiology” (since February 2013 to Contd.)  She is referee for many reputed International journals (including the journals of Nature.com, Springer, Taylor and Francis.)

Marie Christine, educated partly in France (Paris La Sorbonne), partly in Norway (NHH), Msc in economics and 25 years of experience as a seafood marketing expert, is now working passionately at promoting the participation of women in the industry. She takes part in projects for producing and disseminating facts on gender inequity in the seafood industry (eyes opener), disseminates facts on the benefits for better gender equality, and help women to propel themselves though Women International Networks such as AwF Network. 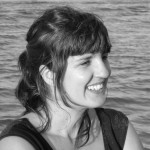 Sandra Molas is a Technical Agriculture Engineer and Msc in Aquaculture, with eight years of broad and solid experience in aquaculture of fresh and marine water species, working in a research institute as a technician. In addition, she has a post-graduate diploma in International Cooperation for Development (Management of the whole cycle of the project) and has done voluntary work in a in a non-profit organization involved in aquaculture.

Recognised nationally and internationally for her work, Jayne has extensive experience in facilitating industry driven and commercially viable change programs in the Australian seafood industry.   She has been in her current role at the Australian Seafood CRC since its inception in 2007, having also been a key member of the CRC bid team. Previous roles include Business Development Manager with Seafood Services Australia Ltd and 15 years working for the Federal Government in the Agriculture, Trade and Foreign Affairs portfolios. In her current role Jayne manages a large and diverse research portfolio to support Australia’s domestic and international seafood market development.  Over the last three years much of Jayne’s work has involved working with the Australian seafood industry to build a sustainable export platform for seafood to China and to develop and execute national marketing campaigns.   Jayne holds a BSc (ANU) and MBA(QUT), is an Adjunct Academic Fellow, University of the Sunshine Coast, Qld and has been President of the International Association of Seafood Professionals, Chaired the World Seafood Congresses in Sydney, Dublin and Morocco and is a Member of the Women’s Industry Network Seafood Community.

Mia Parker is an expert in environmental management and regulatory affairs. Her work is focused on the resource sectors and the marine environment. Mia honed her skills over almost 20 years working in fisheries, aquaculture, and resource management. She received her Bachelor of Science (Honours) degree from the University of Victoria on Canada’s beautiful west coast. Early in her career Mia worked with First Nation governments on marine resource management, fisheries aspects of treaty negotiations, access to traditional marine foods, and shellfish aquaculture development. After receiving her Master of Business Administration from Royal Roads University, Mia accepted an executive position with an international aquaculture company where she oversaw the environmental management and regulatory affairs portfolio and represented the company and the industry in international fora including the Salmon Aquaculture Dialogues and International Standards Organization (ISO) Technical Committee 234 (Fisheries and Aquaculture). Mia recently completed a three year interchange with Fisheries and Oceans Canada where she was part of the team that drafted a new aquaculture regulation. She also developed an environmental risk management framework, and worked to promote an ecosystem approach to management. She was privileged to be part of the delegation that represented Canada during annual meetings of the four main salmon producing countries (Norway, Chile, Scotland, Canada). During this time Mia was able to continue her work with ISO TC 234 and helped draft two ISO standards. Mia is currently back on her beloved west coast working as a consultant helping her clients navigate the waters of science, regulation, and operations – looking for the calm sweet place in the centre.

Holly Cronin’s professional interest in aquaculture began while studying fishing community viability on the islands of Atlantic Canada’s Bay of Fundy as a Fulbright fellow in 2009. She holds a MSc in organizational dynamics from the University of Pennsylvania and has worked in the private sector as the systems strategist for a technology and finance startup pioneering sustainable seafood purchasing. In 2014, she returned to graduate school to pursue doctoral research in geography at McGill University through the collaborative neotropical environment program jointly hosted with the Smithsonian Tropical Research Institute in Panama. Holly’s work explores opportunities for sustainable development in coastal regions and relationships between communities and marine environments with a particular focus on diffusion of innovations in the seaweed aquaculture sector. 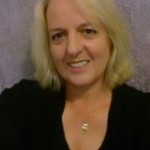 Julie holds a BSc (Hons) in agricultural botany from Reading University in the UK and has 10 years’ experience in the agricultural sector. She worked as a researcher and seed production manager for Botanical Resources Australia during the early stages of the pyrethrum (grown for insecticide) industry.
Julie completed a BA at the University of Tasmania majoring in sociology and political science. In 2011 she commenced a PhD in the discipline of Food Policy. A case study was conducted on the CSIRO omega-3 project. The aim of this project is to genetically engineer oilseed plants to produce a land-based source of long-chain omega-3 fatty acids. Social science methods were used to investigate the views of a broad range of stakeholders and the Australian public towards this technology.
She has served as a member of the Gene Technology Ethics and Community Consultative Committee (GTECCC) as an advisor to the Office of the Gene Technology Regulator. Julie has worked for CSIRO on different projects. These included an examination of the social impacts of the internet, and the barriers to adoption of internet enabled technologies. More recently she was involved in a project investigating the potential utility of hydrological modelling in South Asian river basins. Specifically, the historical legal activities in the Koshi basin, water governance and the science policy interface. Currently she is looking for new career opportunities!

Morag is a recent graduate from the University of Glasgow School of Veterinary Medicine whose connections to the west of Scotland and courses during her final year have fostered her interest in fish health and biology in the field of aquaculture. Morag has undertaken clinical veterinary placements in Scotland and Norway, and is eager to pursue further postgraduate research within the field of aquaculture.