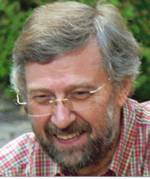 At the opening plenary session of the AQUA 2012 event, co-organised in Prague by the European and World Aquaculture Societies, Patrick Sorgeloos, AwF Director, and Director of the Laboratory of Aquaculture and the Artemia Reference Center of the University of Ghent in Belgium, was presented with an Honorary Life Membership of EAS.

Honorary Life Membership is the highest EAS award and is given to those persons that have had a marked impact on the development of European aquaculture. Since 1981, EAS has bestowed this award on only 10 persons, including such names as Eric Edwards, Bernard Chevassus-au-Louis, Peter Hjul, Colin Nash and more recently, Courtney Hough and Pascal Divanach.  Read more …