In November 2010 AwF Technical Advisory Group member Prof. Peter Edwards was able to pay a brief visit to our project in Nepal, which is in its second phase (see under NEPAL on our Projects page for details).

Here are his comments:

Building on a successful small-scale aquaculture project in the lowland Terai region of Nepal , AwF has funded the extension of the model to the Mid Hills region of the country.

I visited 6 family level ponds built in Phase One of the project in Dhamilikuwa Village , Lamgung District, interviewing three pond owners. They all expressed satisfaction at being introduced to the culture of carps and tilapia, consuming as well as selling table fish and tilapia fingerlings to neighbours.

I also attended the opening ceremony of a training programme for about 20 women for Phase Two of the project which was being conducted by Hare Ram Devkota as part of his M.Sc. Internship through the Institute of Agriculture and Animal Science. A training manual in local language had been prepared and distributed by Mr Devkota to the participants.

In reply to my question, “Why are you interested in raising fish?”, the women enthusiastically replied:

The local district officer, who was also present at the ceremony, reported that the government was so impressed with Phase One that they are also going to extend the project to more villages in the district. 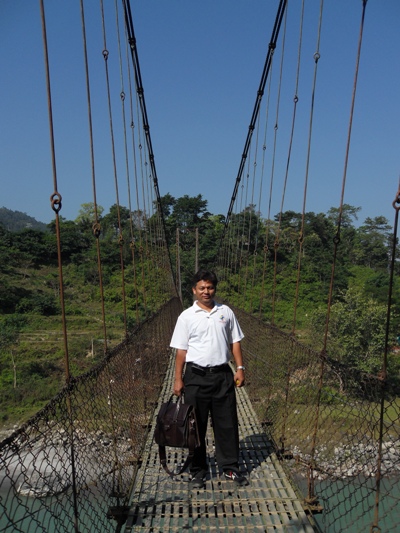