Aquaculture without Frontiers (AwF) Executive Committee met last weekend and is pleased with progress being made and has agreed on an action agenda for the rest of the year.

Executive Director, Roy Palmer, said “The organisation has gone through many changes in recent times but has remained solid and with the strategies now agreed and a touch of good fortune we will see a far stronger and sustainable AwF into the future. We have a very pro-active strategy and with the tremendous support we get from our great volunteers we are very confident that we will be able engage in many projects from here  into the foreseeable future.”

The Committee approved the concept of establishing an AwF organisation in Australia subject to final details being ratified and agreed. It also approved the formalisation of specific committees – both administration and advisory. These include Continent-specific advisory groups along with committees for Women’s Network, Global Schools/Students Network, Aquaculture Learning Centres, and Communications. These will fit alongside the Volunteers and the Project/Technical Committees which are already in existence.

More Memorandums of Understanding (MoU’s) are expected to be announced in the near future which will help to add value to the work being done especially raising the profile of family farming and smallholder farming by focusing the world’s attention on each significant role in eradicating hunger and poverty, providing food security and nutrition, improving livelihoods, managing natural resources, protecting the environment, and achieving sustainable development. 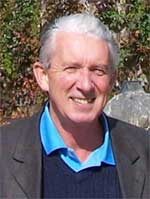 The new Executive Committee will consist of Chairman John Forster, Dave Conley, Patricia Moraes-Valenti, Cormac O’Sullivan, John Cooksey (Sec & Treasurer) and Roy Palmer (Executive Director) and will draw on Chairs of other AwF Committees. Roles and responsibilities are being organised for each committee ensuring there is strong focus and cohesion. It is important that the organisation operates in much the same way as a business, even though all committee positions are of a volunteer/honorary nature.

We are very much ‘open for business’ but strongly wedded to our vision and strategy. Anyone wanting to be involved in any of the committees (Administration or Advisory), or with ideas for consideration, is invited to make contact with Roy directly or email comms.awf@gmail.com.